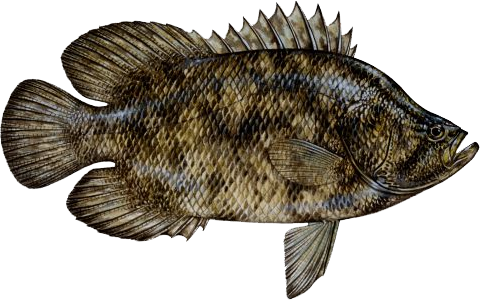 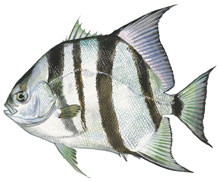 Columbia, S.C. – While it is early in the 2020 South Carolina legislative process, key legislators working with Coastal Conservation Association South Carolina (CCA SC) and state fisheries managers passed important conservation measures for both Atlantic Spadefish and Tripletail late last week, two species popular among recreational anglers. Senate Bill 474 places a 14-inch minimum size limit on Atlantic Spadefish with no changes to creel limits already in place. Senate Bill 475 addresses the fact that Tripletail had no conservation measures of any kind in the Palmetto State – the only state in the species’ range without any regulation – by placing an 18-inch minimum size limit and a three-per-person, nine-fish-per-boat creel limit. Both pieces of legislation, particularly S.475, are reasonable management steps that needed to be taken, says the recreational angling advocacy group.

“We (CCA SC) have long held the position that every recreationally important species should be seen as having value and should be protected with reasonable management regulations,” said Tombo Milliken, CCA SC Government Relations chairman. “To do otherwise would be irresponsible given the increasing pressures on our existing coastal resources. We are very appreciative and thankful that we have willing partners in the General Assembly and state agencies to work with towards those goals.”

South Carolina manages all its natural resources via legislation, requiring approval by both the House and the Senate before being signed into law by the Governor. The two fisheries legislative efforts began in 2019 and received staunch support in both bodies of the General Assembly, yet were delayed passage in the waning days of last year’s session. With support in the Senate by Sens. Chip Campsen, Stephen Goldfinch, Greg Gregory, and Ronny Cromer last session, the bills moved easily through that body’s process. Equally as impressive was the bi-partisan support the bills received this session in the House with Reps. David Hiott, Bill Hixon, and Roger Kirby navigating the bills through the sub-committee and full committee process to final vote.

“To have decision-makers who understand and recognize both the value that South Carolinians place on our coastal and marine resources and what having access to them means to our traditional way of life is so crucial in a state that continues to experience so much population growth,” said Scott Whitaker, CCA SC executive director. “Our coast is such a special place along the entire Eastern Seaboard and has played so significant a role in South Carolina’s – even the country’s – history that it deserves the commitment by interested parties to protect and manage it with wise stewardship and in a sustainable manner.”