Angling community unites to give Mother Nature a boost

Columbia, S.C. – This past January, record cold weather set in across the Southeast causing a noticeable fish kill along the entire Palmetto State coast and calling into question the future of several popular species of fish important to recreational saltwater anglers. A conversation by a group of concerned industry parties focusing on what action could be taken to hasten a recovery began and out of that came Project ReSpeck; an initiative to provide $25,000 in funding to establish the ability to spawn, grow, and release spotted or “speckled” trout into South Carolina’s estuaries. This past Saturday, after months of collaboration, Project ReSpeck and the Coastal Conservation Association South Carolina (CCA SC) presented a $25,000 check to the South Carolina Department of Natural Resources for the installation and operation of five maturation tanks at the Waddell Center in Bluffton, SC.

“Based on what we were seeing on the water ourselves and as reports came in from across the coast, we knew some action was going to be needed,” said Joel Levine of RedFin Charters in Charleston, SC and originator of the effort. “We felt the recreational angling community would see the need for and be willing to enthusiastically support a campaign that would provide a meaningful path for recovery. With funding for five tanks, it has obviously surpassed that capability.”

The tanks will provide the SCDNR staff at the Waddell Center in Bluffton, SC with a powerful stock enhancement tool. By simulating spawning conditions in a controlled environment, species such as red drum, spotted sea trout, and even flounder may be produced for the purpose of releasing them into the wild to supplement existing populations. The process could be expanded to include a variety of species in the future.

CCA SC was contacted by Daniel Nussbaum, president of Z-man, as wells as David Fladd and Ralph Phillips of Eye Strike Fishing (all Project ReSpeck contributors and supporters) bringing the campaign to the recreational angling advocacy group’s attention. Within 48 hours of learning of the effort, CCA SC had eagerly committed to RedFin Charters, Z-man, and Eye Strike that the organization would match half of the projects goal of raising $25,000 for the tanks, providing $12,500 of the total project investment.

“This project provides a real world asset to biologist and state fisheries managers; a constant goal in the organization’s mission of improving both fish and fisheries,” said Scott Whitaker, CCA SC executive director. “A collaboration of this magnitude that brings together industry leaders, conservation & science, and the recreational angling community represents what can be achieved regarding the enhancement and improvement of our state’s envied marine resources.” 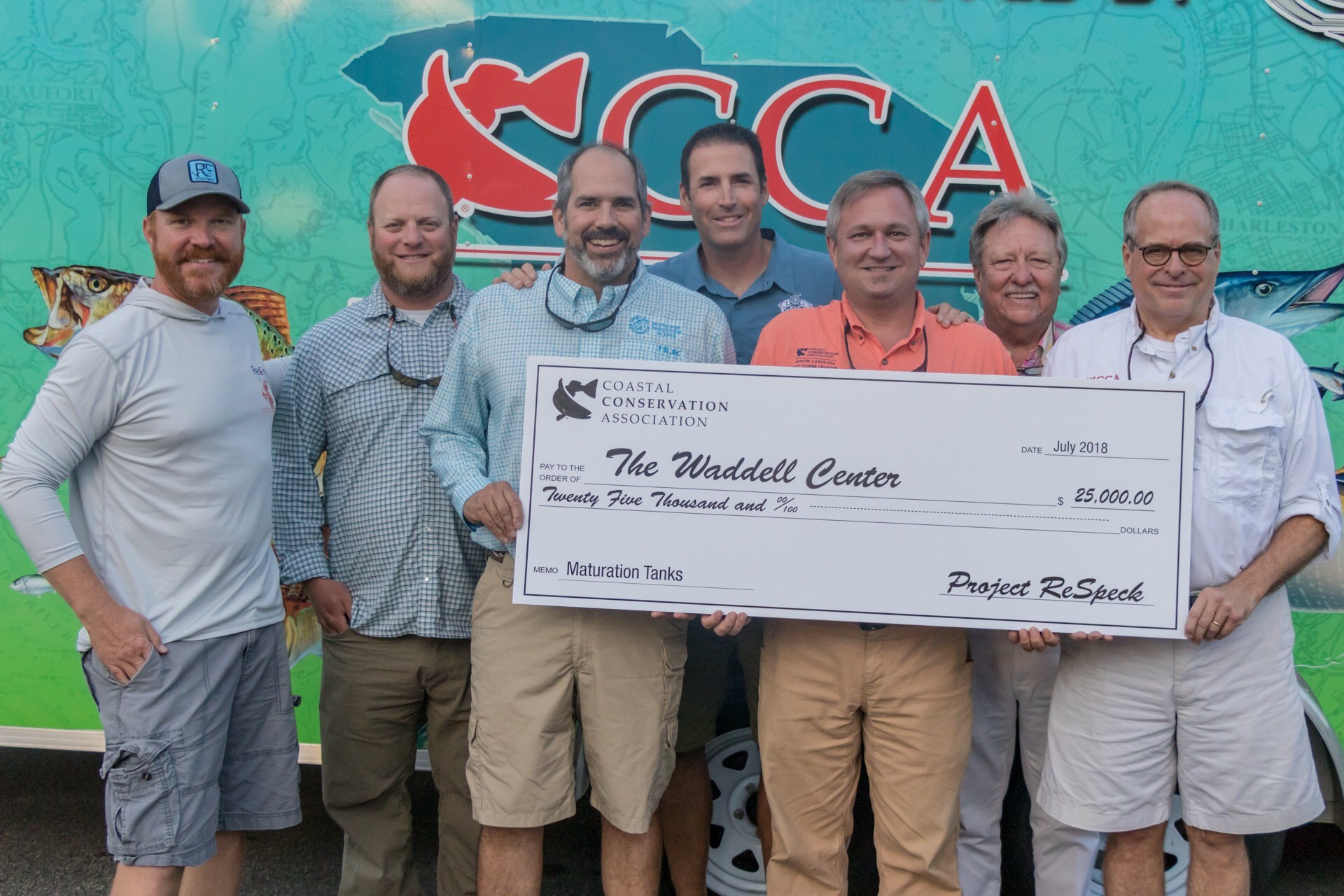